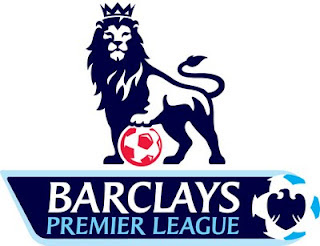 video football skill of cristiano ronaldo
Posted by Unknown at 8:16 PM No comments:


FC Barcelona - also known as Barça, is a sports club in Barcelona, ​​Catalonia, Spain which has clubs in several sports, but the most popular is soccer.

Founded in 1899 by 12 men under the leadership of Joan Gasper, its motto is "Barca is not just a club" (El Barça, és mes que un club). The main stadium is the Camp Nou, Barcelona.

The club entered into participants Primera División (First Division) since 1928, and together Real Madrid and Athletic Bilbao to be a team that never relegated to the Segunda División (Division Two). The club is also a club that won the Spanish league first. By offering 20 Spanish League titles, 25 Copa del Rey titles, 7 Spanish Super Cup titles, three European Champions League titles, 4 UEFA Cup, 2 European Super Cup, Barcelona became one of the most successful teams in Spain, Europe and the world.

Along with rivals Real Madrid, they are two football clubs of Spain's most famous in the world. Barca fans are also often called Cules.

Barça known always refused to put sponsor logos on uniforms soccer because Barca is considered as a symbol of Catalonia, and all sorts of sponsor offers that "intrusive" will be rejected. However, Barca's basketball team allowed sponsor logo on his uniform.

On 7 September 2006, the club announced a five year agreement with UNICEF, which allow UNICEF logo to be placed on the shirt. Barcelona then will donate 0.7% of total revenues per year to UNICEF over the next five years.

Barcelona is the only club in Europe that the president elected by the holders of season tickets (the purest supporter), nor by the board of directors and not the shareholders capital. Presidential Candidates debate club on television, campaigning programs like the Presidential election filed a country. Manuel Vazquez Montalban, a famous writer from Spain said, Barcelona as the ultimate weapon for a people without a country. Because the mission is considered sacred by the people of Catalonia's why Barcelona always keep the purity of purpose of the club. They do not want to be equated with another club, and would not be subject to commercial values. That's why until now Barcelona are the only club that does not allow costumes advertise.

The club is nicknamed 'Barca' and 'Los Azulgranas' as costumed blue and dark red, red blue supposedly deliberately taken out of the French flag as a form of resistance against the Spanish government in Madrid.

Profit increased from approximately nine million euros last year and 10.1 million euros for the 2007/08 season and marks the seventh consecutive year the football club is in the black.

He said the numbers are even more impressive in the context of the global economic crisis we are experiencing.

Club said the sale of television rights provide the greatest amount of income, 38%, while 27% include marketing, reception entrance (ticket sales) 26%, and only 9% sales performer.

Barcelona won the Spanish league this year for the second consecutive season, but failed to retain the Champions League crown.

In May, they bought the Spanish national striker David Villa worth 40 million euros from a cash-strapped Valencia.

The Catalan club will have a new president, Sandro Rosell, who was elected on June 13 to replace Joan Laporta, who has served since 2003.

Posted by Unknown at 7:12 PM No comments:

Football is a ball game played by two teams with each consisting of eleven people. This sport is very popular and is played in 200 countries with various football championship organized by FIFA. Playing football aims to score as much as possible by using a leather ball measuring 27-28 inches. Field used in this game has a width of 50-100 yards and 100-300 yards long. Wicket where scoring is at the end of the field with limited net measuring 8 feet high and 24 feet wide.

Football sports history began in the 2nd century BC and -3 in China. In the Han Dynasty, the people led by kicking a leather ball into a small net. A similar game played in Japan with the title over here. In Italy, the game kicking and carrying the ball are also popular, especially from the 16th century.

Modern football began to develop in England and became very popular. In some competitions, the game is causing much of the violence during the game because it has not established standard rules in football and eventually King Edward III banned the sport played in 1365. King James I of Scotland also supports a ban on playing football.
In 1815, a major development has become famous football at the university and the school. The birth of modern football going on Freemasons Tavern in 1863 when 11 schools and clubs get together and formulate a set of rules for the game. Along with that, there is a clear separation between the sport of rugby to football (soccer). In 1869, carrying the ball with his hands began forbidden in football. During the 1800s, the sport was brought by sailors, merchants, and British troops to various parts of the world. In 1904, world football's highest association (FIFA) was formed, and in the early 1900's, various football competition played in different countries.

Posted by Unknown at 6:57 PM No comments: